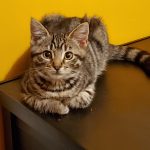 Snickerdoodle came to One Love Animal Rescue as a one-day old kitten. Once she was weaned, she was placed in a foster home where luckily, her foster parents fell in love with her and decided to keep her forever. We love foster fails around here! We are so happy for this little one, now named Mia, and know she is going to have an amazing life in her home with her forever family. 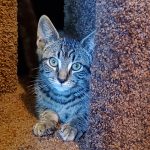 Frogger was turned into One Love Animal Rescue by a good Samaritan who found him dodging cars in the middle of a parking lot. He was apparently trying to play a real-life version of Frogger (which is where his name came from). He has the sweetest disposition ever and is loving life in his forever home with his new sister, Luna. Luna wasn’t a big fan of him at first, but Frogger managed to charm her and now they are the best of friends who cuddle together and even groom each other. We are so happy for little Frogger and his new family! 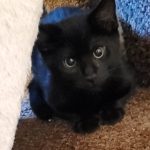 Popeye came to One Love Animal Rescue as a one day old kitten with a severe eye infection (hence how he got his name). Once he was all healed from that and weaned, he only had to wait a few months to find his forever home where he is now getting spoiled with lots of love an attention from his new parents. He is also enjoying having a new older sister to show him the ropes of his new house! We are so happy for Popeye and his new family. 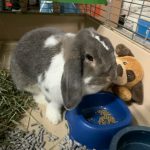 Snowy and Tundra were surrendered to One Love by owners who had to urgently move out of the country. Because of their sweet dispositions (and their adorable floppy ears!), they were adopted very quickly after coming to One Love Rescue. They are now in new homes where they are getting lots of love, attention and space to roam around and explore. Both of them had such great personalities that made them the perfect new family members. Happy tails little ones! 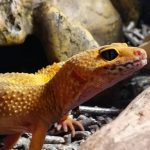 Peach is a super sweet leopard gecko who was rescued from owners who were keeping her in improper conditions. She was living in a tupperware container with no substrate, heat or lighting before coming to One Love. While under observation by the One Love team, it was discovered that Peach has some difficulty shedding and requires some human assistance and hand-feeding during her shed season. One Love waited quite a while for the right family to come around who was willing to love Peach despite her challenges and luckily we found one! She was adopted to a compassionate and animal loving family whose kids were so very excited to give Peach a home. She now sleeps right next to her new human and he was so excited to bring Peach home, it just warmed our hearts. We are very excited for Peach and her new forever family! 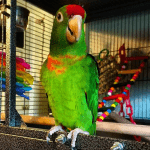 Iago is a great bird who was being neglected and left in a cage with zero human interaction before he came to the rescue. He was deemed to be an “aggressive” bird which is why he ended up at One Love. With a little TLC from his foster parents, he began to trust people. While he still has a way to go before he fully regains that trust, he is definitely on his way, and would sit on shoulders and give kisses to our One Love volunteers. There was a lot of interest expressed in adopting Iago which shows how special of a bird he is, but, he was ultimately adopted out to a bird loving family where someone will be home with him all day so Iago can be out of his cage and enjoying life with the family and getting lots of love and treats all the time. We knew this was the right family for Iago because he is typically very weary of strangers, but, he warmed up to them right away! We are so happy for Iago and his new family. 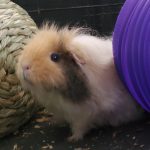 Buttercup and Toffee were rescued from a hoarding situation. Toffee came to us very pregnant and about ready to burst! About a week after she arrived at the rescue, she gave birth to four healthy, happy and adorable little baby guinea pigs and she turned out to be a fabulous mom. Much to our surprise, a few weeks later, Buttercup also popped out a single baby! Once all Toffee’s babies were weaned and adopted, Buttercup and her baby Daisy were adopted along with Toffee into a fantastic guinea pig loving home where they are getting lots of treats, play time and attention. They have a whole play room to themselves and some other female guinea pig friends to spend their days with, we so are excited for them and very happy that these amazing mamas are getting to have some time to enjoy themselves too! 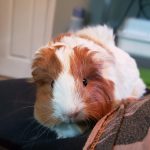 Trifle and Marshmallow were born at One Love Animal Rescue and they had actually already been adopted before they were born! Their mom (Toffee) was rescued from a hoarding situation and came to the rescue very pregnant. We had been working with someone looking for the perfect fit for existing solo guinea pig and no matter how many piggies she tried, she could get her adult to accept the others. She wanted to try Buttercup but when she found out Buttercup was pregnant, we decided the best chance at getting her adult to accept a new member to the clan is if the piggies grew up with her! So, once they were weaned these two sisters were adopted on contingency for how they got along with the other and luckily it was a success! They are now getting lots of love and attention in their new home and even get to make occasional trips to their human mom’s office to get doted on by everyone else. We are so happy for these sweet girls and their new family! 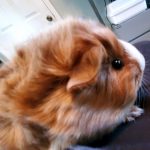 Cinnamon and Latte were actually born at One Love Animal Rescue. Their mom (Toffee) was rescued from a hoarding situation and came to us very pregnant. After they were weaned, these two brothers were soon adopted by a fantastic family where two small human brothers (and their parents) are now giving lots of attention to these little piggies. We know they are being spoiled rotten and are so excited for them to grow up and continue having so much fun together!

Snickers and Carmel came to One Love as youngsters as survivors of a hoarding situation, they had been living in an unsafe and unclean environment before they came to the rescue. They were cleaned up, given lots of food and attention, got vet checked and are now acting as animal ambassadors as a class pet in an elementary school teaching kids all about compassion, guinea pigs as a species and the responsibility of having animals. They of course get some quiet time with their mom (the teacher) on the weekends as well, but, these social little guys are now living the good life and loving all the attention (supervised of course) from the kids! 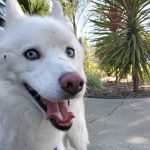 Ghost is a special dog who was surrendered to One Love by an owner who was moving and could no longer keep him. Because he was so handsome and had such a great personality to go along, he didn’t stay with One Love long. This fluffball was quickly adopted by an amazing family who truly goes above and beyond for their dogs and who has lots of experience with dogs with special needs. They have lots of time, energy and love to give Ghost and he deserves every bit of it. Ghost is now spending his days playing fetch and swimming in his very own pool! We couldn’t be happier for Ghost and his new family and wish them all the best. 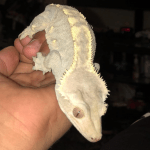 Yoshi came to One Love as a surrender from an owner who could no longer care for him due to financial issues. He was definitely a favorite among the One Love team because he is such a relaxed and calm little guy who is happy to just chill with people. He doesn’t have a tail, but that doesn’t make him any less adorable! He was quickly adopted by a really great family who put his enclosure right in the center of the house so that he can get lots of love and attention all the time. We are so happy for him and his new family! 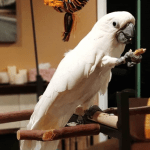 Cloudy was surrendered to One Love by a family who was not prepared for the responsibility of having a bird and could no longer keep him. He was kept alone in the garage with the cars and rarely handled so he developed some severe behavioral issues. With just a little bit of attention from the One Love team, Cloudy’s behavior issues cleared up quickly and he became the most affectionate and goofiest bird we have seen yet. He was quickly adopted by a wonderful family who has lots of experience working with birds and even has a new sister who he loves to play with daily. They throw toys to each other and play catch together and it’s just the cutest thing to watch. We are so happy that Cloudy is doing so well with his new forever family! 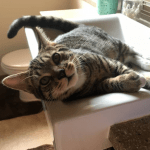 Salem was one of Gypsy’s kittens who had a rough first few weeks, but, once he came to One Love he was showered with lots of love and attention. He was such a cool guy, that his foster had some friends over from out of town and they fell so in love with him that they actually took him home with them. He had quite a long drive before finally arriving at his forever home in Northern California, but, the drive was definitely worth it. He is now getting lots of snuggles with his new mom and feline sister in his forever home. 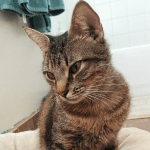 Gypsy and her four tiny babies were found under a dumpster by one of our founders on her way out of work one day. Gypsy was waiting by the door when Lyndsi was leaving for work (as she often was) but Lyndsi noticed that she looked considerably skinnier than the last time she saw her, so she followed her for a little while and discovered she had been keeping her newly born babies under a stinky dumpster. They were brought home and fed and taken care of immediately and Gypsy continued to raise her babies in the safety and comfort of a home. As soon as her babies were weaned, Gypsy was actually the first of the group to find her forever home. She is now living with her new dad who loves her very much and seriously spoils her! 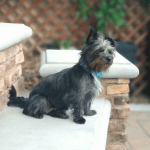 Coco was found by a teacher who saw her running through a school campus as fast as she could. Once getting her and seeing how dirty and malnourished she appeared, the teacher contacted One Love to take her in. We posted signs around the neighborhood and online, checked for a microchip and waited many weeks hoping an owner would claim her, but unfortunately nobody came forward. Finally we posted her for adoption and someone immediately contacted us for more information. Coco found her forever home and is now being spoiled daily running around a big backyard and getting all the love she deserves with her new Puggle sister along with a large family to pet, cuddle and love her each and every day! We couldn’t be happier for Coco.

Help us give an animal a better life with the things they need to survive. 100% of your donation goes directly to the animals. Every dollar counts! As a registered 501(c)(3) non-profit, all donations are tax deductible as well. 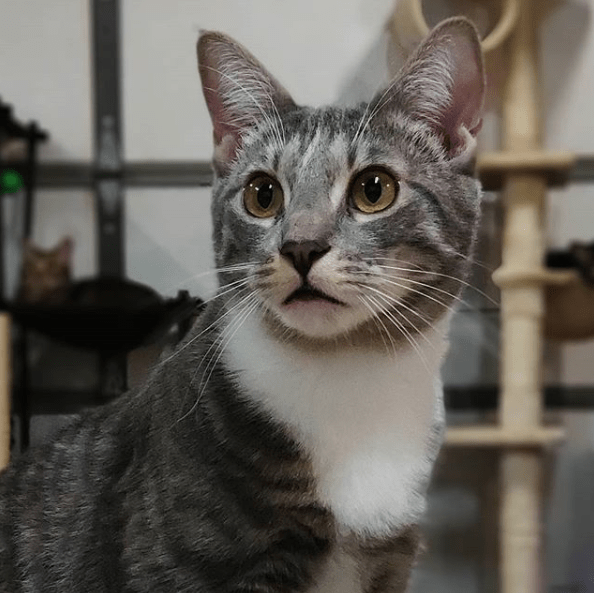 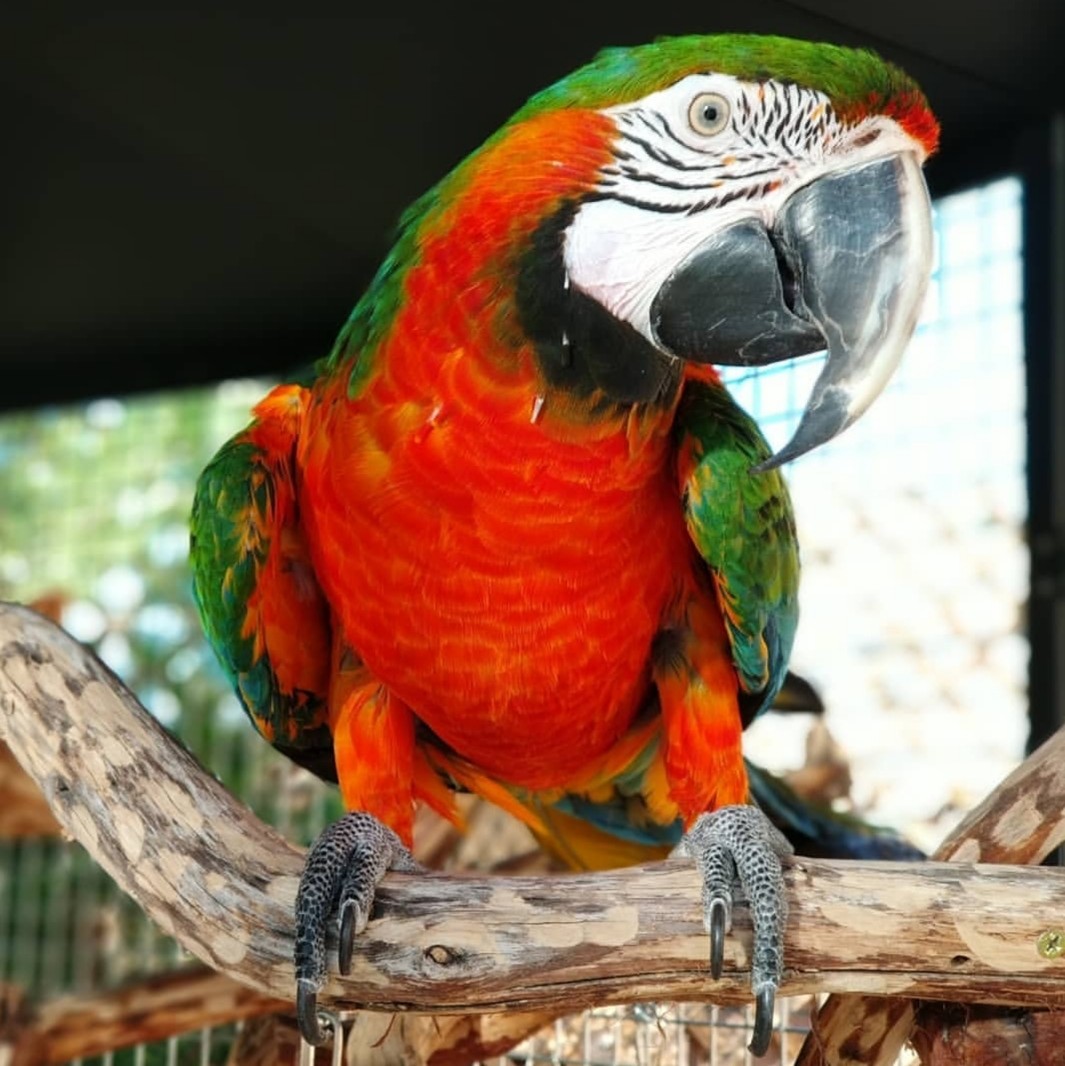 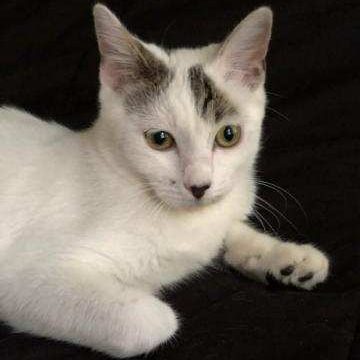 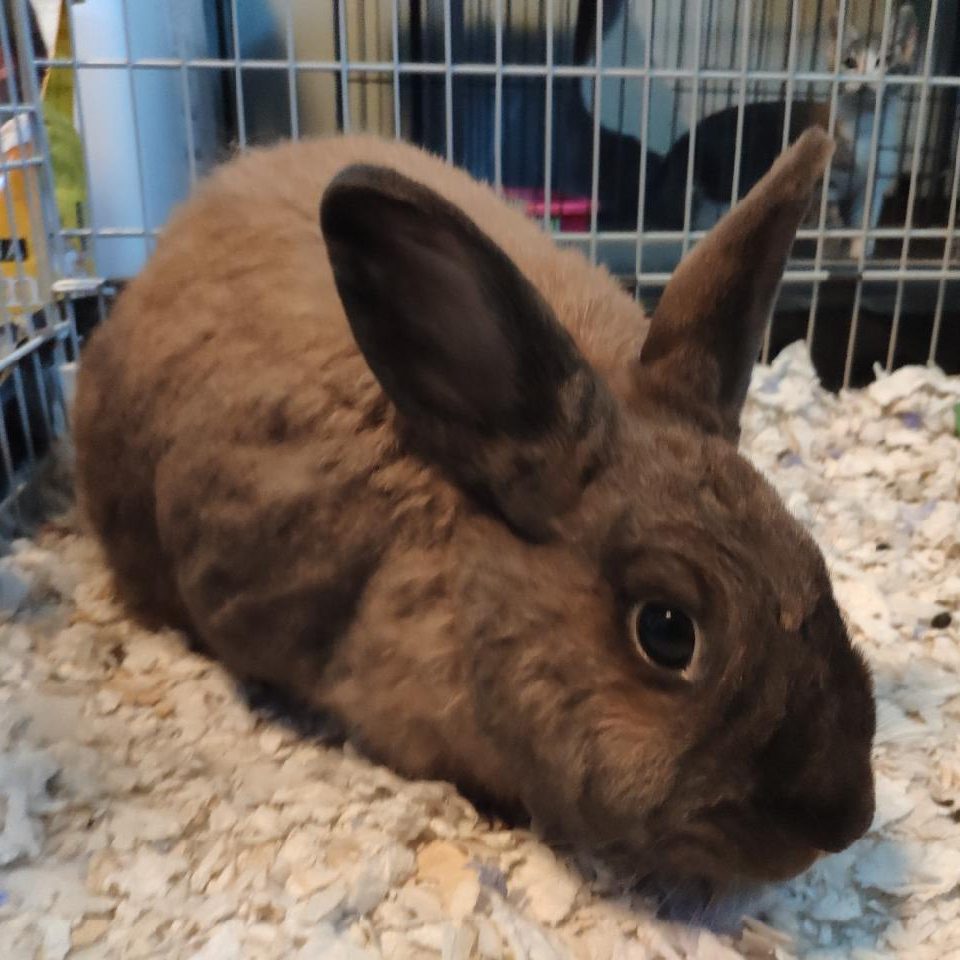 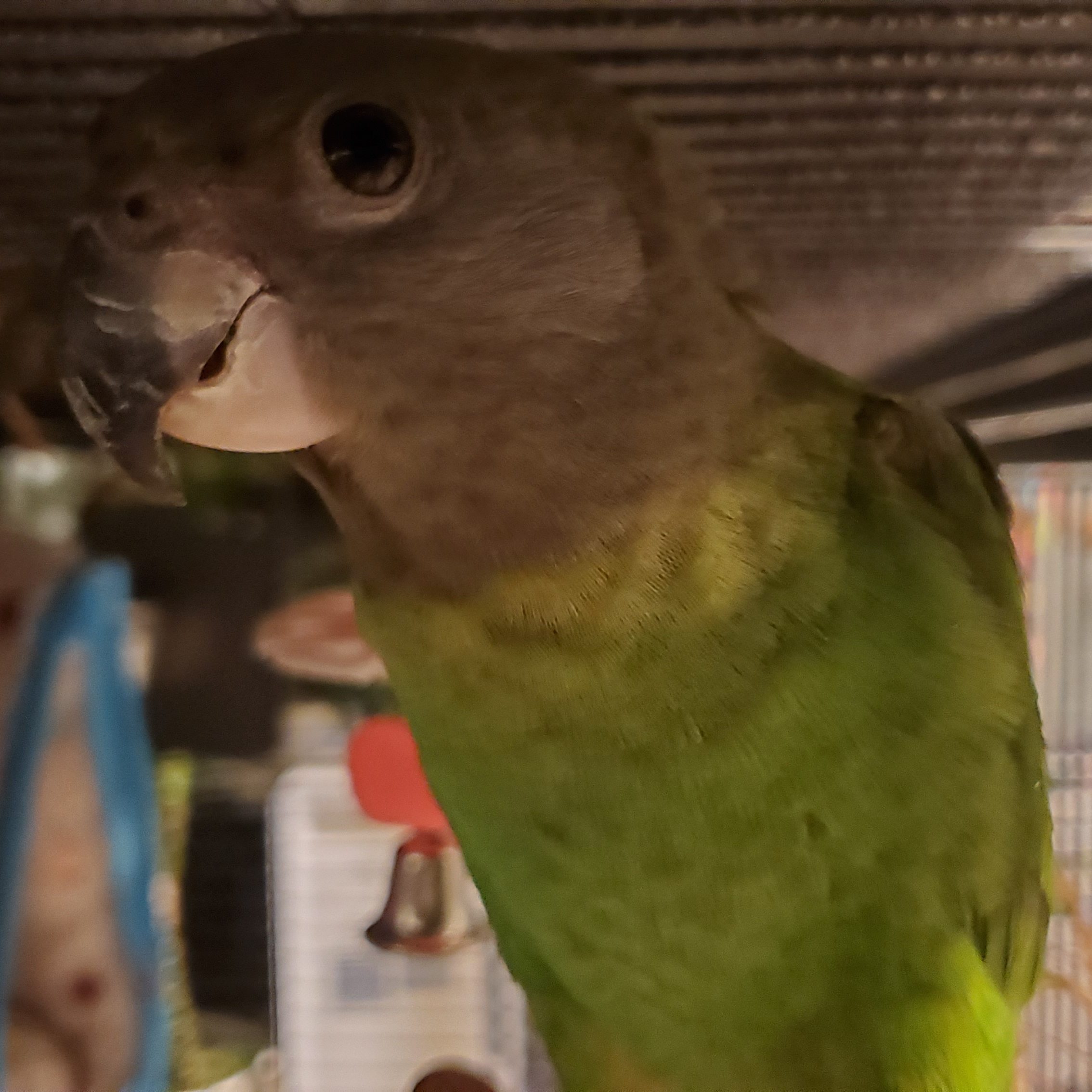 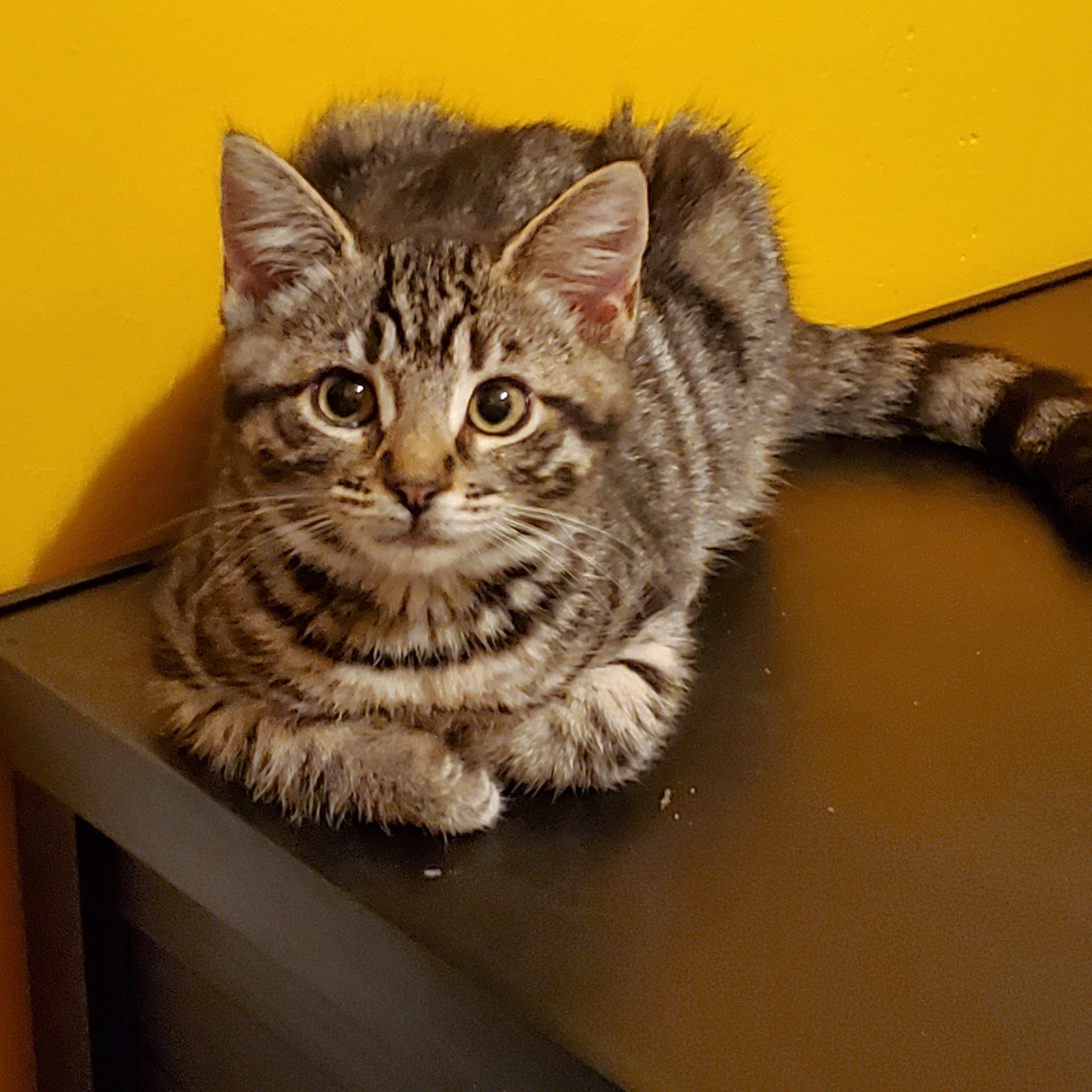 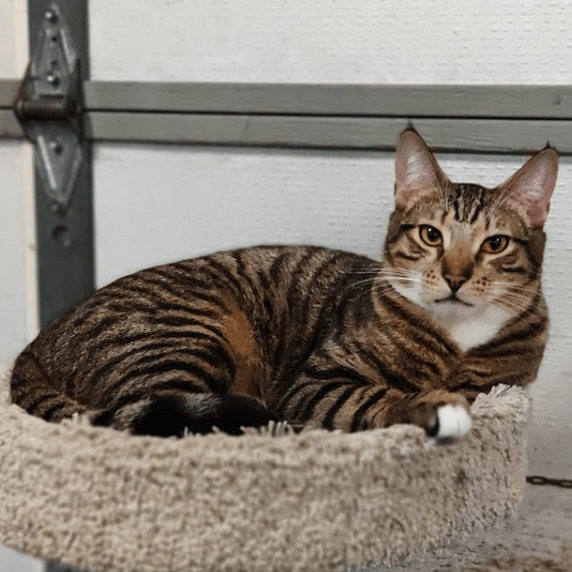